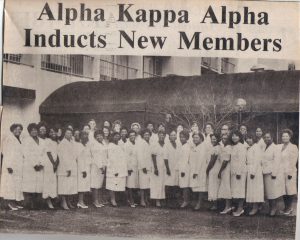 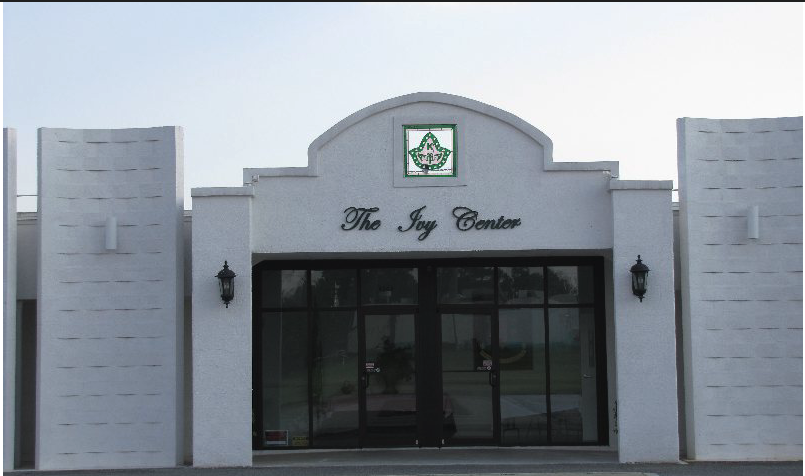 A group of Black college graduates were drawn together either by accident, by job or by childhood friendships. Two of them arrived in Mobile to teach at what was then Alabama State Junior College (now known as S.D. Bishop State Community College). Others returned home to find work or to establish a family.

As their paths crossed with other young women, realization began as to how many were sorors of Alpha Kappa Alpha Sorority, this common bond drew them together more and more and a seed was planted. This seed, nurtured during casual contacts, began to grow and the idea to start a graduate chapter began to form. Soon they were busy making inquiries, ordering transcripts and finalizing plans. Finally, in 1946, the word came that the chartering of a graduate chapter in Mobile, Alabama had been approved.

On November 22, 1946, the South Eastern Regional Director, Arnetta G. Wallace, arrived from Nashville, Tennessee at the L & N Railroad station on the new “fast diesel train”, “The Hummingbird”. Hotels being definitely off-limits and integration in public unheard of, she went to the home of Rosemary Butler’s parents at 1366 Davis Avenue (now Dr. Martin Luther King Avenue) to be housed.

On the evening of November 22, 1946, this group of Black college women began to gather, bring-ing ivy, candles, and refreshments. All were dressed in ceremonial white dresses except two who were pregnant, Dororthy Raine and Laura Jolly-they had to wear white sheets.

All arrived either by bus or by foot since car ownership was not the norm. Finally at 6:00 p.m. on November 22, 1946, by candlelight, in the parlor of 1366 Davis Avenue, the group gathered in a circle around Regional Director Arnetta G. Wallace, to perform the ritual to establish and charter the new chapter, which was titled Delta Theta Omega Chapter of Alpha Kappa Alpha Sorority.

The Charter members were: Rosemary Braziel Butler, Dorothy Raine Carroll, Natalie Davis, Edna Bonner Rhodes, Valeria Dixon, Laura Jolly, Margery Price, and Marie Meriweather Roberts. The following members were instrumental in establishing the chapter, but due to certain circumstances, could not be present for the chartering but were to be considered Charter members. They were: Roberta Eastland Goode, Julia Craig Mitchell, Esther Pickens Lang, Beatrice Pettaway Paris and Frances Faustina and Ester Lang.

The first regional for the new chapter’s participation took place in Montgomery, Alabama. The delegates were Rosemary Butler and Edna Rhodes. The International President at the time was Laura Lovelace. The first year focused on planning and selecting college women for recruitment as new members.